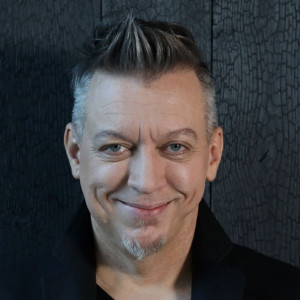 RMD’s CEO and Creative Director; considered a visionary interior designer and valued for creating original, narrated and often ground-breaking projects. Robert is known for his appreciation of high quality, sense of colour, intelligent use of space, soft and free-forms and his attention to detail.

He studied architecture, art and culture; his interests, which include civilisation transformations, revolutions in art, anthropology of cultures and modern technologies, are consistently and successfully utilised in his work.

Robert is also a lecturer, keynote speaker, contest judge and co-founder of the world renowned and unique piano producing brand – Whaletone. His work has often been distinguished by such accolades as the British Council’s „Rising Star” Award, a nomination to the Elle Style Awards in the „Good Design” category and multiple European Property Awards.

He is often cited in industry and business media, invited as a guest and expert to television and radio programs and his projects and statements can be found in hundreds of articles, magazines and publishing houses around the world.

In connection with visiting our websites, we process your IP address, cookies and similar data on user activity or devices. If these data allow to identify your identity, then they will be treated as personal data in accordance with the Regulation of the European Parliament and of the Council 2016/679 (GDPR).

The administrator of this data, goals and grounds for processing and other information required by the GDPR can be found in the Privacy Policy under this link.

If you also use other services available through our services, we also process your personal data provided when creating an account, registration for events, subscription, newsletter, alerts and online services (including Premium Zone, reports, rankings or licence for reprints).

The administrator of this data, goals and grounds for processing and other information required by the GDPR can also be found in the Privacy Policy under this link.

Data collected for the needs of various services can be processed for different purposes, on different grounds and by different data administrators.

Remember that in connection with the processing of personal data you have a number of guarantees and rights, and above all the right to revoke the consent and to object to the processing of your data. These rights will be strictly observed by us. So if you do not agree with our assessment of the necessity of processing your data or if you have other reservations in this regard, be sure to submit an objection or send us your objections to the address odo@ptwp.pl. The withdrawal of consent shall not affect the lawfulness of processing based on consent before its withdrawal.

At any time, you can define the conditions for storing and accessing cookies in your web browser settings.