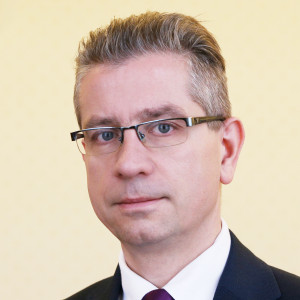 Waldemar Bojarun – a civil servant and local government official; a spokesperson of Local Education Authorities in Katowice (1993–1999) and of Katowice City Hall (1999–2010) and Director of Promotion Department (2007–2015); Deputy Mayor of Katowice (since 2015) in charge of construction and spatial planning politics, education, sports, city monuments as well as organisation of strategic events; a social activist; a well-known figure in public life of Katowice agglomeration. A graduate of Institute of Political Sciences / specialisation in Local Government/ at University of Silesia.

Since he was young he has been involved in initiatives which support the development of democracy in local communities. As a pupil and later as a student he co-created students assemblies as well as the parliament of children of youth in Katowice Province/ later Silesia Province/. Experience from this period of life he later used at work. His creativity helped create, with success, the integrated information and promotion system for Katowice, and then promote a coherent image of Katowice as the political, economic and cultural leader in the region. The author of numerous papers and publications on history and promotion such as a popular Katowice City Centre guide.

He is a husband and father of two children.